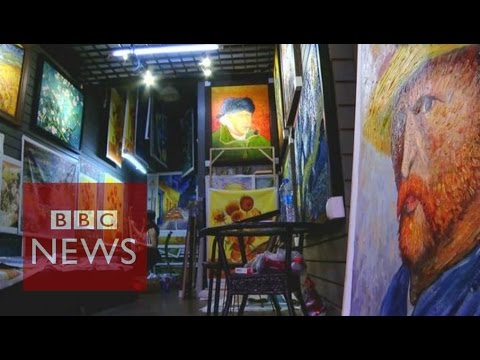 More than half of the world’s oil paintings come from Da Fen in southern China. Located in China’s manufacturing hub, Shenzhen, Da Fen thrives on the mass production of art. It exports millions of replicas of Van Goghs, Monets, and Picassos to the world, generating billions in revenue for painters who were once farmers or migrant workers. The founder of Da Fen, the 69-year-old artist Huang Jiang, spoke to BBC News about his miracle business model and the challenges his team faces now. Video journalist: Xinyan Yu