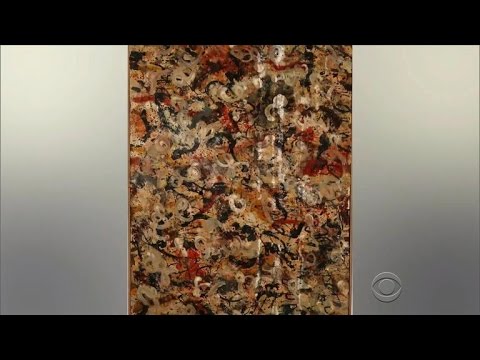 A painting believed to be the work of abstract expressionist Jackson Pollock was found in a garage in Arizona. It goes up for auction in Scottsdale on June 20, and it may be worth millions. Vladimir Duthiers reports.

Get your news on the go! Download CBS News mobile apps HERE: http://cbsn.ws/1Xb1WC8

Get new episodes of shows you love across devices the next day, stream local news live, and watch full seasons of CBS fan favorites anytime, anywhere with CBS All Access. Try it free! http://bit.ly/1OQA29B