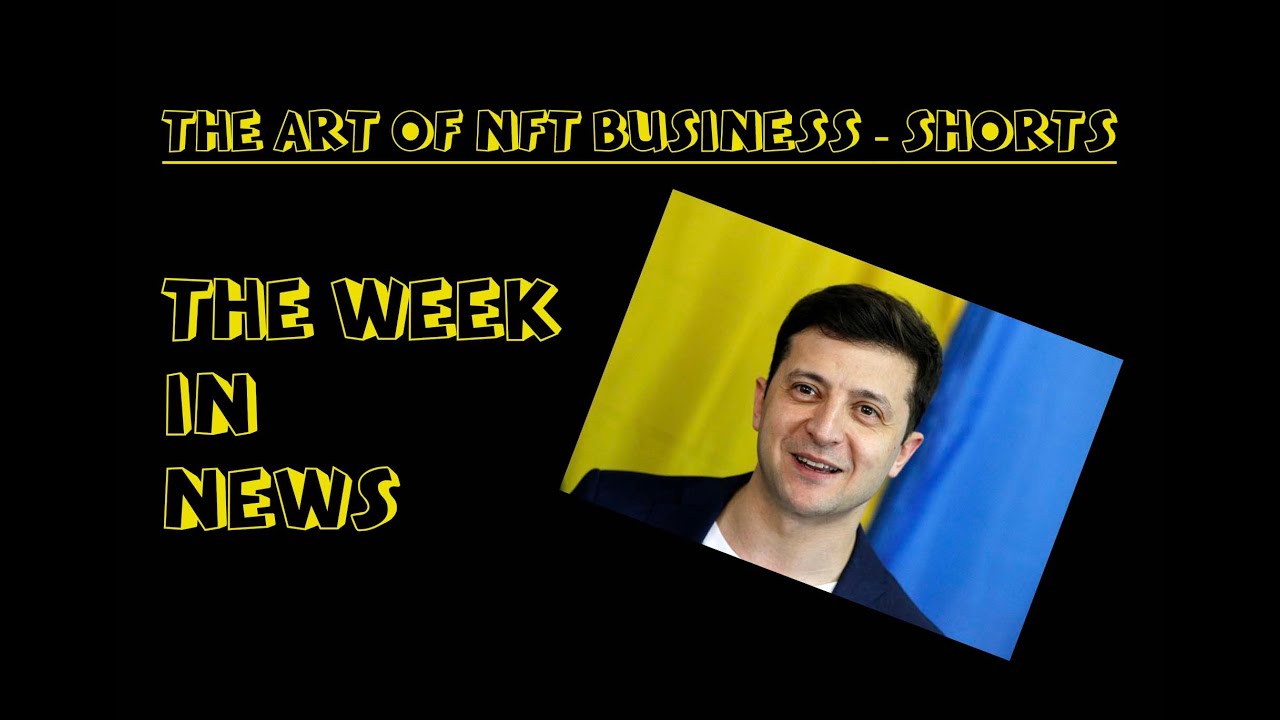 Welcome to The Art of NFT Business. In this episode hosts Florian Valot and Jonathan Goodman discuss the weeks news including President Zelensky Legalizes Crypto. Ukraine formally legalizes crypto after receiving over $100 million in support from the crypto community since Russia invaded. The nation is even preparing to launch an NFT collection about the Russian invasion.

ApeCoin Launches for Bored Ape Ethereum NFT Holders. The token was not created by Yuga Labs, the developer of BAYC. It was created by ApeCoin DAO in an effort to show decentralization. However, Yuga Labs is adopting the ApeCoin “as the primary token for all new products and services” including its blockchain game coming later this year and Benji Bananas, a blockchain game by Animoca Brands is also implementing ApeCoin. BAYC holders got about 10,000 $APE per NFT but Mutant Ape Yacht Club holders only received 2,000 APE per NFT. As of Friday the 10,000 $APE were worth about $140,000, and just 9 days ago you could have bought an ape for just under $200k. So you would have gotten 70% of your money back without selling your ape. There were some losers though. Holders of the Bored Ape Kennel Club (BAKC) didn’t receive any coins unless they were paired with a BAYC or MAYC. If you owned the Bored Ape Kennel Club alone you got nothing!

Ibrahimovic enters the NFT world. Zlatan Ibrahimovic, the famous AC Milan striker, recently published a book called “Adrenaline. My Untold Stories”. Zlatan commissioned different artists to create 11 one-of-one NFTs for the book’s release. The official presentation of the collection took place at the Milan Triennale. The artists were inspired by the cover of the book and by some of Ibra’s “commandments” contained in the book.

Boateng to Marry in the Metaverse. Boateng, a major football star, has proposed to his martial arts champion fiance Valentina Fradegrada. In addition to the traditional wedding ceremony they are also hosting a Metaverse wedding to “share” their most beautiful day with their online fans. The wedding will be hosted on the OVR metaverse.

Tom Brady Tweeted: What’s up Vitalik! You may not know me but just wanted to say I’m a big fan of yours. thank you for everything you’ve built in the world of crypto, otherwise @Autograph wouldn’t have been possible. Hope I get to meet you some day you’re the goat. Then Vitalik Buterin Tweeted: I didn’t even know who Tom Brady is, had to ask people around me. My best guess was that he was the actor from Mission Impossible.

This is not a paid advertisement. This interview does not constitute an endorsement.

Join us each Monday for a continued discussion of art and NFTs.