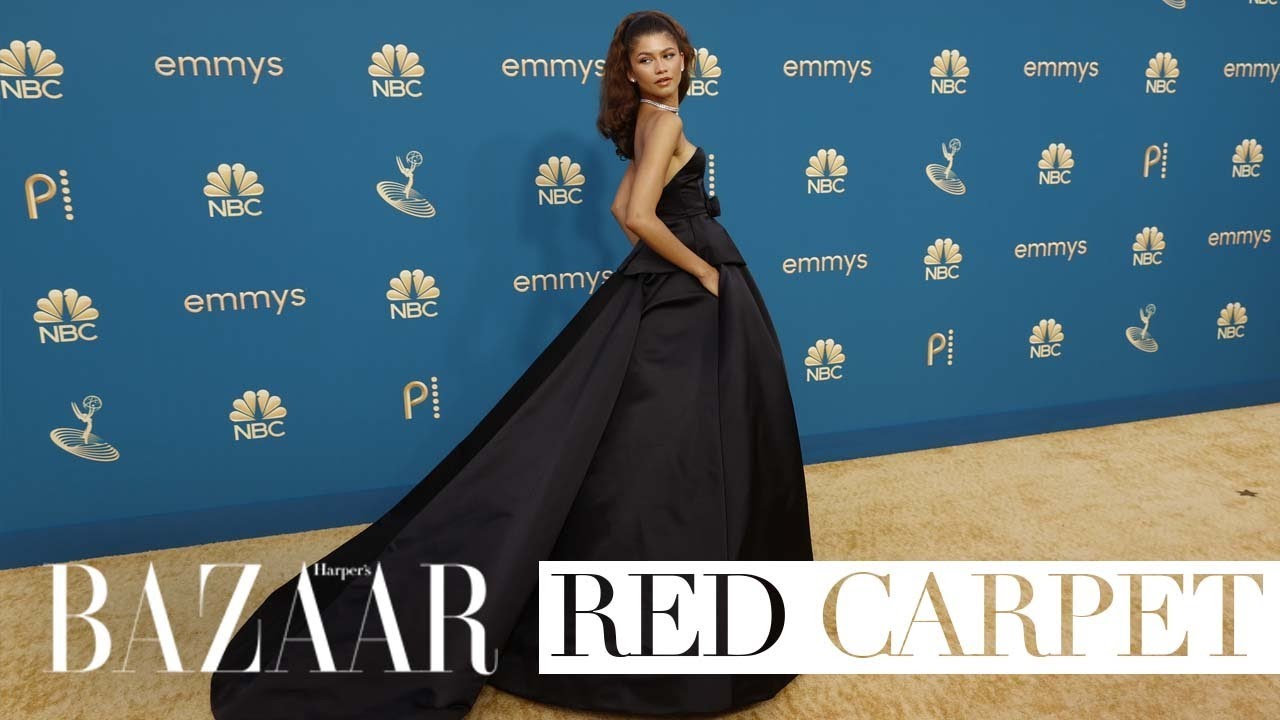 The biggest names from the small screen descended on downtown Los Angeles last night for the 2022 Emmy Awards, where shows such as Succession, The White Lotus and Ozark were celebrated.

Naturally, the evening also called for some winning fashion moments, and the leading ladies did not disappoint – with many of the looks harking back to old-school Hollywood. Zendaya, who took home the prize for Outstanding Lead Actress for her role in hit series Euphoria, swept down the red carpet in a dramatic black Valentino ballgown, while her co-star Sydney Sweeney also opted for retro styling in a strapless Oscar de la Renta design with a bustle train. Amanda Seyfried and Lily James both brought a couture-level dose of sparkle and shine in Armani Privé and Atelier Versace respectively, while Sandra Oh chose dramatic tailoring in a purple sequin suit.

Above, see our edit of the 10 best-dressed stars from the 2022 Emmy Awards.

Don’t miss out on our latest video ►►

// ABOUT BAZAAR UK //
The essential edit of chic, high-end style delivered with editorial flair, Harper’s Bazaar UK is your source for red carpet moments, beauty and skincare, catwalk fashion trends from the runway, celebrity interviews and coverage of the hottest A-list events.