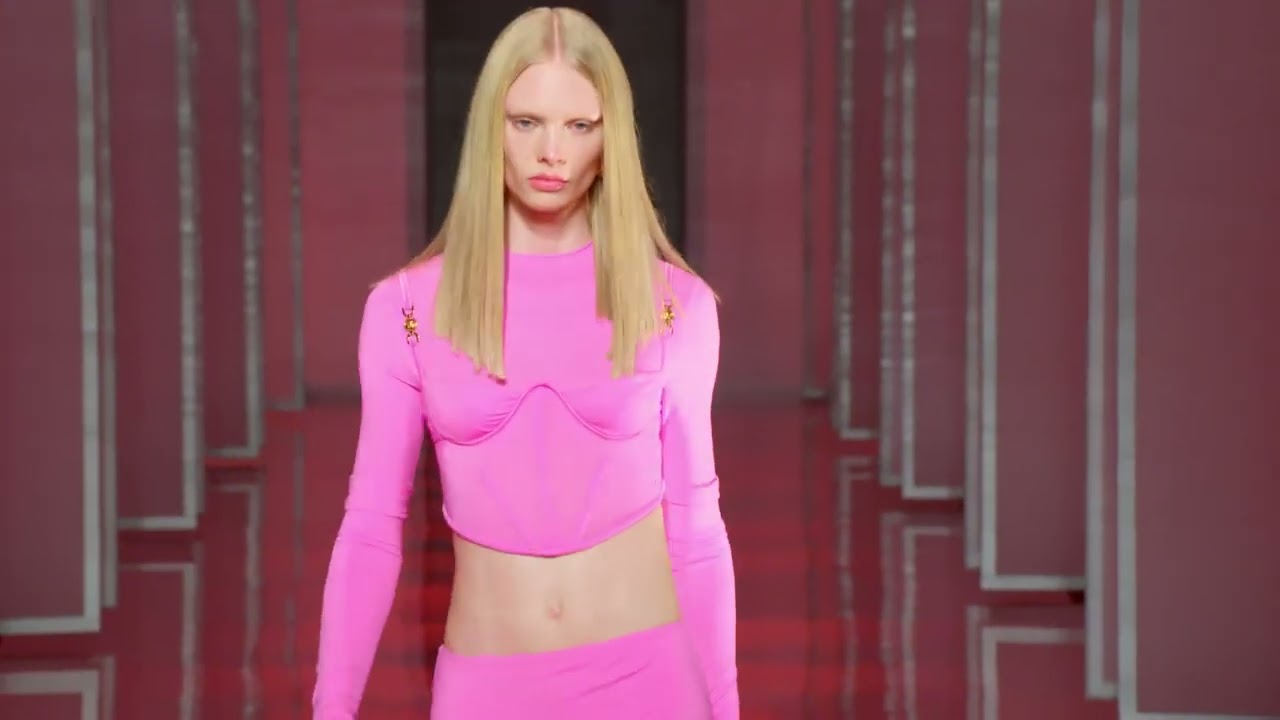 “Our cast of Versace Women for Fall-Winter 2022 is exciting. Girls like Avanti, Anyier and Tilly perfectly represent a Versace with new generation attitude and they champion diversity. They embody the energy running through the collection and the looks built on contrast and tension—like an elastic band pulled tight and about to snap-back with a build-up of energy. That feeling is just irresistible to me.
It opens new possibilities and makes things happen.” – Donatella Versace

Never shy or retiring, the Versace Woman for Fall-Winter 2022 has a powerful and seductive sense of mystery, shifting in and out of sight. With unapologetic certainty she fully owns her allure and knows exactly when to unleash her power.

Energy seems to erupt throughout the collection, as signature Versace tweeds fray, unravel and drip in crystal and metal chains, while raw female force is seemingly caught and enhanced through tightly cinched waists. Latex gloves and knee-height boots flirt with the subversive. Typically regal pearl jewelry is disrupted by sharp punk spikes, and pin-sharp pumps are finished in a latex-like brushed leather with metal heels.

The unmistakable Atelier Versace bustier is at the collection’s core. Its flourishes are pared back and modernized as it is incorporated into sculptural outerwear and sportswear shapes. Silhouettes are seductive and fully empowered, with strong-shoulders and the bustier revealed under open suiting, or momentarily glimpsed beneath exaggerated overcoats. The bustier can be seen both as forceful protective armor and overtly provocative, giving a sense of agency to the wearer.

The new Greca Goddess line of bags and accessories harnesses Versace’s culture of myth and luxury, with the brand’s Greca motif sitting harmoniously as central golden hardware and chain shoulder straps. The central symbol features across a hand-slip, allowing the bag to be tightly snatched in the hand and carried for more impulsive styling.

Photosensitive Warning: This video contains flashing lights and may trigger seizures in those with photosensitive epilepsy. Viewer discretion is advised.