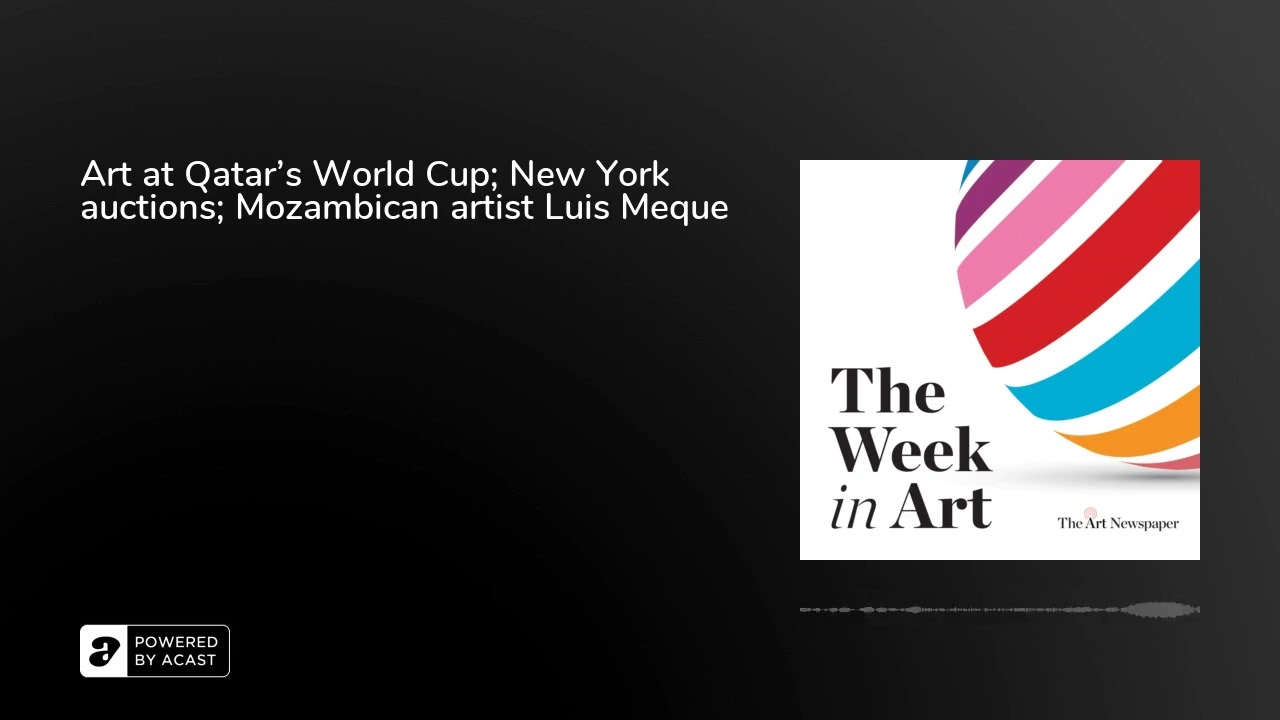 Ben Luke talks to Hannah McGivern, a correspondent for The Art Newspaper who has just been to Qatar, about the vast number of public art projects that will accompany the FIFA Men’s World Cup that begins there on Sunday 20 November. She also discusses the museums that Qatar plans to open by 2030. How does this explosion of cultural initiatives sit with Qatar’s record on human rights and treatment of low-paid migrant workers in the building of its cultural venues and World Cup stadia? It has been a heady fortnight of auctions in New York. Ben speaks to Georgina Adam, an editor-at-large at The Art Newspaper, about the highs and lows, and whether we can expect even more sales of blockbuster collections in the coming years. And this episode’s Work of the Week is an untitled painting by Luis Meque, an artist born in Mozambique who came to fame in the 1980s and early-1990s in Zimbabwe. Tandazani Dhlakama, the curator of the exhibition When We See Us: A Century of Black Figuration in Painting at Zeitz Museum of Contemporary Art Africa in Cape Town, tells us about Meque’s painting and his brief and brilliant life.

When We See Us: A Century of Black Figuration in Painting, Zeitz Museum of Contemporary Art Africa, Cape Town, South Africa, 20 November-3 September 2023