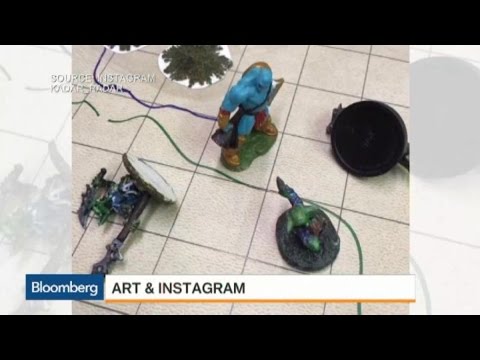 June 16 — Instagram, which has amassed 300 million active users since it was started in 2010, is emerging as an important tool for galleries to sell artworks. Bloomberg’s James Tarmy reports on “Bloomberg Markets.”

Bloomberg Television offers extensive coverage and analysis of international business news and stories of global importance. It is available in more than 310 million households worldwide and reaches the most affluent and influential viewers in terms of household income, asset value and education levels. With production hubs in London, New York and Hong Kong, the network provides 24-hour continuous coverage of the people, companies and ideas that move the markets.